To grow as a writer, I wrote at least 1,000 words per day for exactly one year. I did it as a new year’s resolution, partly on a whim, but mostly because famous writers like Stephen King credit a consistent writing habit with their success.

If you’re thinking about embarking on this journey yourself, you might have some questions or want to learn from my experience.

Instead of breaking down everything I did or telling you how you should do it, I will just focus on some of the broad lessons that I think will apply to most writers. Of course, your results may vary and (we’ll get to this) I’m not even saying you have to try this to advance as a writer. Anyway, let’s get to it:

Here’s what I learned writing 1,000 words per day, what I would do differently, and whether you should do it yourself.

Lesson One: You have to break through

Even on good days, it could be hard to get started. I’d write 100 words and want to rewrite them all. Or I’d write 300 words and wonder why I chose to write about that topic. I’d constantly feel like what I wanted to say eluded me.

The next day, I’d look back on my writing and sometimes I’d agree.

Wow, what I wrote yesterday really was bad.

But most of the time it wasn’t like that at all. I’d look back and think it was surprisingly good. I’d wonder why I stopped that idea after 300 words. I’d look back and see that I was really just holding myself back, and the key was just breaking through and finishing what I was working on.

Oftentimes the writing that you aren’t happy with in the moment is pretty good. Worst case, it’s usually a decent outline for something you can make better with edits.

Lesson Two: It sucks, but it gets better

Writing 1,000 words a day made me question whether I even wanted to be a writer at all.

A goal like this is literally forcing yourself to write, even when it’s the end of the day, or you’re tired, or when you’ve been drinking.

(I do not recommend writing while drunk.)

And let’s be real: that part of it sucks. It’s just hard, and some of the worst days were those days when I was about to sleep, remembered I had to write, and got up and did it.

I didn’t write anything very good those days (I think) but I did prove to myself that I was dedicated enough to do it anyway–which as we will see, is kind of the entire point.

I will say though, nothing beats the feeling of waking up, remembering that you powered through and hit your goals, and being glad you didn’t give up.

Lesson Three: You will explore your subconscious

When you write 1,000 words a day, you’ll start exploring subjects and things that you never knew you were interested in. After the first few days, you really have to dig deeper.

I started writing a book called Tokyo Rain about a Japanese guy who, because he forgot an umbrella and got drenched coming home from work, encounters a chain of events that change his life and force him to explore his past relationships.

Where did all that come from? Who knows. It was probably my exchange in Japan, my teen years watching some anime, one of my best friends who is Japanese, probably some movies I watched or books I read, etc. etc.

But whatever it was, writing that helped illuminate part of me, and it was really fun.

I didn’t write a great novel. I didn’t many write amazing articles, or anything that I am particularly proud of. (I do plan on revisiting my fiction book, but who knows when).

That discipline helped me later. The sheer knowledge that I could sit down and write 1,000 half decent words in one sitting paid dividends later.

When I wrote an issue of National Geographic. I was doing 500-1000 words per day, plus research. When I wrote a book on the Zika virus it was 1,000 words plus as well.

The knowledge that I had (kind of) done that every day for a year helped power me though.

Ultimately you don’t need to write 1,000 words a day to become a good writer. But keeping up a strong writing habit in general is one good way of becoming a better writer.

1,000 words a day was a habit I dropped almost as soon as the year was over. I think the length limit of 1,000 words was kind of arbitrary. But, I also credit it with giving me the confidence to write at length later.

If you’re a beginning writer I do think a 500 or 1000 word a day habit is a good idea, simply because it forces you to write. If you are wary of setting a numerical goal, I’d perhaps settle for writing something every day.

Questions? Comments? Thoughts? Let us know in the comments, or ask away in the Facebook group if you’ve purchased the Come Write With Us course!

Sign up for Squarespace to launch your own site

What I Learned Writing 1,000 Words A Day For A Year

How to write for famous publications 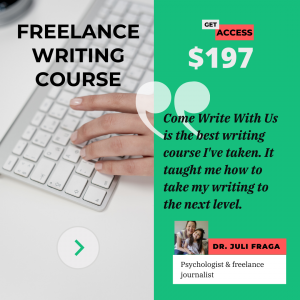 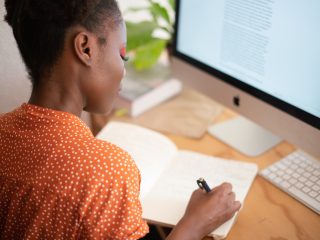 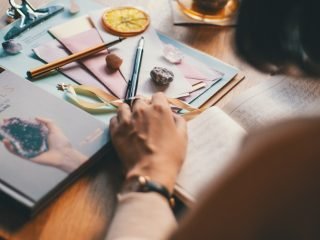