In 2020, I took a full-time editing job. I’ve edited writers before, but doing it full-time taught me a number of lessons about pitching. For one, I can attest that editors really do get so many emails. If an editor doesn’t respond, it’s not personal  — it’s a matter of time management. I do my best to reply to every email, but that also takes hours, which means I often end up pushing off other work to the weekend. (If you don’t hear back, a follow-up is totally acceptable, because sometimes emails really do slip through the cracks, but give it a week or so while the editor catches up with her inbox.)

Having also been a freelance writer for so long, I’m a bit more understanding than most editors. I’m not patting myself on the back, it’s simply something to keep in mind as you read the following advice. Not all editors will tolerate a small typo or take a chance on a pitch that needs a little work, so make sure you have the basics down, which we’ve covered in our Total Beginner’s Guide To Pitching Media.

Don’t fret over a small typo (but your email should be legible).

You’ve just emailed a pitch you’ve painstakingly been tweaking for weeks, only to realize you misspelled the editor’s name. Before you go into a tizzy and beat yourself up, remember: Most editors are more interested in your idea. Once, I picked a pitch that the writer meant to send to an entirely different person! The idea was so good, I didn’t care that she forgot to swap out the name.

I’ve been there. As a freelance writer, you’re typically sending pitches to multiple outlets. Typos and errors are just going to happen. Perfect grammar isn’t nearly as important as good writing and a good idea. I don’t care that you misspelled my name if you have a good story idea.

That said, if a writer presents a great story idea but their email is completely incoherent, I’m probably going to pass.  Sloppy emails with bad formatting and loads of run on sentences and extremely obvios typoes liek this thatthe writer didn’t even bother looking over before hititng ssend  — these are always a red flag that the story is going to be equally incoherent and sloppy. As an editor, you just know it’s not worth your time or energy.

Sloppy writing isn’t the same thing as writing that just needs a little work. A question Alex and I get a lot: “Does it matter if English isn’t my first language?” And the short answer is, no. Depending on your level of proficiency, most editors will be willing to work with you as long as you make an effort.

If the editor hasn’t responded, it’s probably a pass.

As a writer, I’ve never sent a follow-up email and had the editor tell me it just got lost in the pile and actually they love the pitch, let’s go for it. As an editor, this has indeed happened to me once. So it’s always worth sending a follow-up just in case, but keep in mind that nine times out of ten, if you haven’t heard back, it’s most likely that the editor has passed on your story. They just might not have had the time to respond  — many editors will only respond if they pick your story because, again, they get so many emails.

To make sure your pitch doesn’t slip through the cracks, make sure you’re replying to a new thread. When I missed a writer’s pitch, she tagged it onto an existing email thread we had about another story, which made it easy to get lost in the mix. Also, set your headline apart from the deluge of PR emails that editors get. Personally, I always use “Freelance Pitch: [Title of my story idea]” in the subject so that editors know I’m a writer looking for work, rather than a publicist hoping for a media mention.

The vast majority of the time, when we pass on a pitch, it’s not because the story doesn’t have merit. There’s an interesting nugget in almost every pitch, even if I sometimes have to work with a writer to find it. Most of the time, when a story is rejected, it’s for one of the following reasons:

A good rule of thumb: Before pitching a story, do a quick search on the publication’s website to make sure that story hasn’t already been covered.

If an editor accepts your pitch with a note, take that note.

Again, almost every pitch has an interesting nugget in there, and while you can’t expect the editor to be willing to dig for that nugget with you, some of them will if they think it’s interesting enough.

With that in mind, if an editor accepts your pitch but tells you they want you to take a specific angle or works with you to find that angle, or otherwise gives you some direction, please please please incorporate their feedback.  Writers will sometimes ignore that direction in the draft, which makes the editor’s job  — and the writer’s —  more difficult than it needs to be.

Of course, if you don’t agree with an editor’s angle or direction, it’s totally okay to push back and say you’d rather take the pitch elsewhere. No hard feelings! Just make sure to do this before you accept the assignment.

We want stories, not topics.

This is probably the number one reason editors pass on stories  — you didn’t pitch a story, to begin with. Often enough, I’ll get emails from writers who simply say they want to write about a general topic, and my thought is, “Well, that’s great because that’s the topic we cover, but what’s the actual story here?”

Sometimes a writer will also pitch something along the lines of “I Went Backpacking In Greece  — Here’s What I Learned” There are more details here, like the who and the what, but it’s still not a story unless you tell the editor why your backpacking trip matters. Maybe you learned some important travel lessons  — give a few examples of what those lessons actually are so that the publication knows the story is different enough from the handful of similar pitches they get from people who have traveled. In short, make sure you’re pitching stories, not topics.

Get to the point, please! (And be clear about what it is)

Your life story may be interesting, but the editor only wants to read details that are relevant to your pitch. And even then, they don’t have all day, so keep your pitch short and sweet. If your pitch is more than a few paragraphs long, and sends them down winding, circuitous paths to your idea, that’s not a great sign. Even the most nuanced, complex stories can typically be summed up in a couple of paragraphs. Save the nuance for the story itself, and if you want to get your point across about how complex the story is, sum it up in a sentence or two with something like, “It might also be interesting to explore X or Y idea in this piece.”

You don’t want to allow the editor to get lost in your pitch. If they don’t find their way out of it, it’s highly likely that they’ll just move on.

It’s okay to ask for help if you’re stuck.

Some of the best pieces I’ve published as an editor are from writers who were willing to admit when they’re stuck and ask for some guidance. No matter what you’re writing, it almost always helps to have another set of eyes to help shape your piece  — that’s the editor’s job, and it’s a lot of fun! It doesn’t mean they know all the answers or they know how to shape your story better than you do. It’s more like riffing over a song. They make suggestions, you fill in the gaps, and the shape of the story begins to form.

Writers, myself included, tend to think of writing as solitary work. Oftentimes, it is. But it can also be exciting to work on a story, essay, or article with someone else who can help you turn it into something better than you expected. Collaborating with writers may be the thing I’ve enjoyed most about editing. And as a writer, I always love having an editor who pushes me and trusts me to take their notes and shape my story accordingly. Over the years, I’ve learned to appreciate that feedback for what it is: free writing advice. 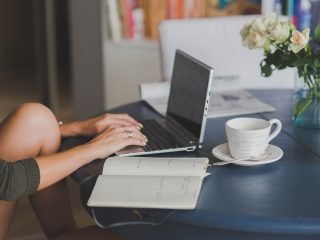 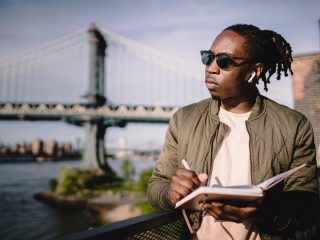