You might not realize it, but you’ve probably already read something written by Noah Davis. He has written for The New Yorker, Sports Illustrated, The Verge, The Awl, Men’s Fitness, The Wall Street Journal, Fast Company, Playboy GQ, Men’s Journal, New York, and more. His writing has taken him around the world, from covering the World Cup to playing poker with the pros in Playa Del Carmen. We caught up with Noah to hear his story and discover his advice for new writers.

When did you first know you wanted to be a writer?

My senior year of college I decided that I wanted to “move to New York and be a writer,” mostly because I had to tell people something when they asked about my post-graduation plans and it sounded like a cool thing to do. Before that, I knew I wanted to do something in the humanities world—I was a rhetoric major and wrote my senior thesis on lyrical themes in N.W.A. and Eminem—but didn’t have a clue beyond that. It worked out okay, although I am still holding out hope that I’ll become a rock star.

You’ve been on staff at places like Business Insider, but also freelanced for top publications like the New Yorker and GQ. Do you recommend getting a staff-writing job before making the jump to freelance?

Early in my career, I spent 18 months working on the editorial staff at mediabistro.com, which is a website for journalists. I didn’t realize it at the time, but it prepared me perfectly for freelancing, which is what I knew I wanted to do. I had a great editor as a boss, and she taught me a ton about writing. I also oversaw the How to Pitch section, about 250 guides on what specific publications seek in pitches from freelancers. I was lucky because I knew a lot of editors by the time I went freelance and I could choose the right moment to do so.

Generally, I think it’s really tough to go straight into freelancing. It’s possible, of course, and there are more places now that will pay you some amount of money to write for them, but it’s probably easier to get a staff job, make some connections, and then strike out on your own when you feel like you have a better sense of the industry and the landscape.

(If you really want to go freelance right away, my advice is to get a job at a restaurant and write in your spare time. Being a waiter three or four days/nights a week to make enough money to survive will give you the flexibility to take assignments you want, not force you to take anything that pays just to make the rent. It’s also good money; I took a 50 percent pay cut when I quit my restaurant gig to work at mediabistro.com.)

You gave a great talk in 2013 with lots of advice about writing, and one of the topics you touched on was a controversial one—writing for free. Do you still think it is a good idea to do some writing for free when you are starting out?

I do, as long as you are getting something out of it that’s beneficial to where you want to go as a writer. Maybe that’s working with a great editor. Maybe that’s getting some clips when you don’t have many. Maybe that’s writing in a new style or about a new subject. You should be paid for your work—don’t forget that that’s a goal—but writing for free isn’t the worst thing in the world as long as there’s a benefit.

What is the biggest mistake most new writers make?

On the financial side, always ask for more money. Don’t go crazy and ask for $1,000 after you’ve been quoted $500, but you should ask for $600 or $650 or whatever. They might say yes. They might say no. But you won’t lose the assignment because you asked for a bit more. (And if you do, that publication is garbage or that editor is a jerk and you shouldn’t work for them anyway.)

On the writing side, do more reporting. Ask another question. Do another interview. Read another article about your subject. The more you know…

What is the best writing advice you’ve ever heard or received?

Don’t miss deadlines. It’s better to be good and on-time than great and a week late. (If you’re brilliant, you can get away with being tardy; I’m not brilliant.)

You’ve done writing all around the world, from attending the World Cup to reporting from a train in Eastern Europe. What is your favorite writing story?

Probably this one about the last soccer championship in Germany before the end of World War II. It was a fun project, half research paper, and half narrative journalism. I first heard about the game from a German film scholar while I was running a film festival in India. It took a while to find out if the story was true and then figure out a place that would publish 5,000 words about a 70-year old soccer game no one knew about, but the reporting was fascinating and rewarding. The editor I worked with, Glenn Stout, was excellent.

As a freelancer, you could theoretically live anywhere, but you live in New York—a hub for writers. Is it simply because you love the city, or does the fact that you can easily meet and connect with other people in the industry make living there valuable?

It’s a little bit of both. I actually moved away five years ago because I got sick of New York but came back after 13 months because I really missed the energy of the city. It is nice to be able to have coffee or a drink with an editor or another writer occasionally, but I also write for a number of editors who work in New York who I’ve never met. There are, obviously, more staff jobs in New York, too, so that’s a benefit for writers, although the insularity of the New York media world can get pretty nauseating and, for the most part, I avoid it.

On balance, being in New York has been a plus for my career—especially when I was starting out—and it’s a very fun and inspiring place to live. It’s also crazy expensive, and I sometimes feel that being in New York hamstrings me when it comes to finding stories because there are so many writers here searching them out.

I dunno; I’m still here, which ultimately says all you need to know, I think?

You are well versed in the art of pitching stories. What are the successful elements of a great pitch, and what pitching advice do you have for writers who don’t have the impressive resume that you have?

A successful pitch needs to convince an editor of two things: that you have a great story and that you’re the right person to write that story. I usually start out with an opening paragraph that’s dramatic and grabs the editor’s attention. Sometimes the first line of my pitch ends up being the first line of the story. The second paragraph details where I see the story going, what I’ve already found/expect to find. The third includes some notes about sources. The fourth is about me, why I’m the right person for the story. Sometimes that’s because I have specific expertise in the topic, other times it’s simply because I found the story.

Don’t overthink a pitch. Put time and effort into it, but keep it short and keep it tight. Leave an editor wanting more, but prove you can deliver more, too.

You wrote an interesting and useful article about the state of freelancing that included how much you’ve gotten paid for various writing assignments. Was there any backlash from this article?

Not really. I was expecting more, to be honest. One editor wrote that he didn’t care I disclosed the rate but that he thought it was prohibited in the contract I signed. Transparency is a good thing.

What are your thoughts about the future of media, and especially how writers fit into that equation?

I go back and forth. Some days I’m positive and some days I’m negative about the future. I think the truth is probably a little bit of both. Facebook—and a few other platforms but mostly Facebook—is taking over in a way that feels unprecedented. No one knows where it’s going to end up, but a lot of publishers are ceding a lot of control to Facebook in a way that might work for now but won’t when their interests diverge from Zuckerberg’s. So that’s scary. At the same time, people do seem to be more willing to pay for some types of content that they value, whether that’s NYTimes.com, a site like Stratechery, or a random writer/illustrator/creator’s Patreon page. So that’s good news.

I am less optimistic about the print word, but there’s always going to be a place for storytellers and people who can frame narrative.

What’s next for Noah Davis?

I’m going to take the subway to a bus to a field in the middle of Brooklyn and watch a fourth-division team that I’m doing a podcast about play in the rain. Then I’m going to go to sleep, get up, and find another story.

This post originally appeared on Take Risks Be Happy. 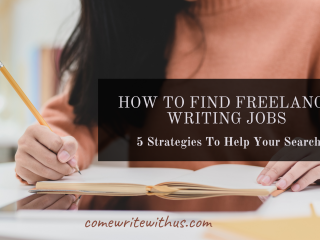 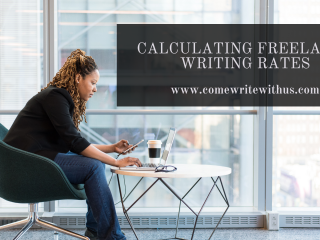 Next Post (n) Freelance Writing Rates: How To Calculate What You Can Command